I am behind on my blogs again so over the past few days I have been trying to catch up.

Saturday 7th June saw me take part in the Night Rider which is an overnight (see what they did there) 100K cycle ride. Now in reality this wasn’t my event. I was acting solely as a support rider, motivational talisman and dare I say rock for my step daughter Leigh who was doing the ride for the charity Tommy’s. A charity that provides funding for research into premature births and miscarriages.

A noble charity, a noble idea to participate and a huge physical mountain for Leigh to overcome. Taking on a 100K bike ride, with no riding experience to call on, through the night, on a borrowed bike, with only me for company – she must be mad!

Leigh had done a lot of training early on, which for good reason faltered towards the end. We both just hoped the training done before hand, and true grit and determination when that run out – would be sufficient.

We set off at 10.50pm from Crystal Palace and neither of us really knew what we were letting ourselves in for. But for me it was one of the most enjoyable events I have participated in. For Leigh it was hell! The training Leigh had put in run out at on the hill leading up to Ally Pally, but luckily for the charity Leigh was representing, she don’t give up. She sucked it up, grew a pair and ploughed on to the finish, with a smile through the grimacing – I reckon there is a Ironman in the making there.

Now don’t get me wrong, this wasn’t a ‘me’ event. Firstly, it wasn’t timed (why ride in a sportive and not know officially what time you did it in?) Why ride overnight in the dark when you can ride during the day in the sun and sleep at night? Why ride through London when we live so close to Surrey Hills, Richmond Park and several other more scenic areas.

So I wouldn’t have entered this ride if it wasn’t for Leigh. And I would have missed out on the following:- 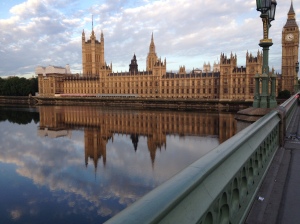 It also had a secondary tick of being ‘time on the bike’ getting ready for IM Austria and wrapped around a big swim session Friday evening and a hard run Saturday morning and another hard turbo session Sunday afternoon, it meant a lot of training was knocked over without me riding for hours and hours on my own.

So almost a great nights work.

The almost was because it was the start of another adventure as I broke my frame during the ride. Not good with 10 days to go until the bike went to Austria a week ahead of the event.

One thought on “KIT, I need you buddy.”