This week has been like an extended Boot Camp with the long bank holiday. Having returned to the UK last Wednesday I picked up my new bike that afternoon. A Boardman 9.4 Air from the elite range … 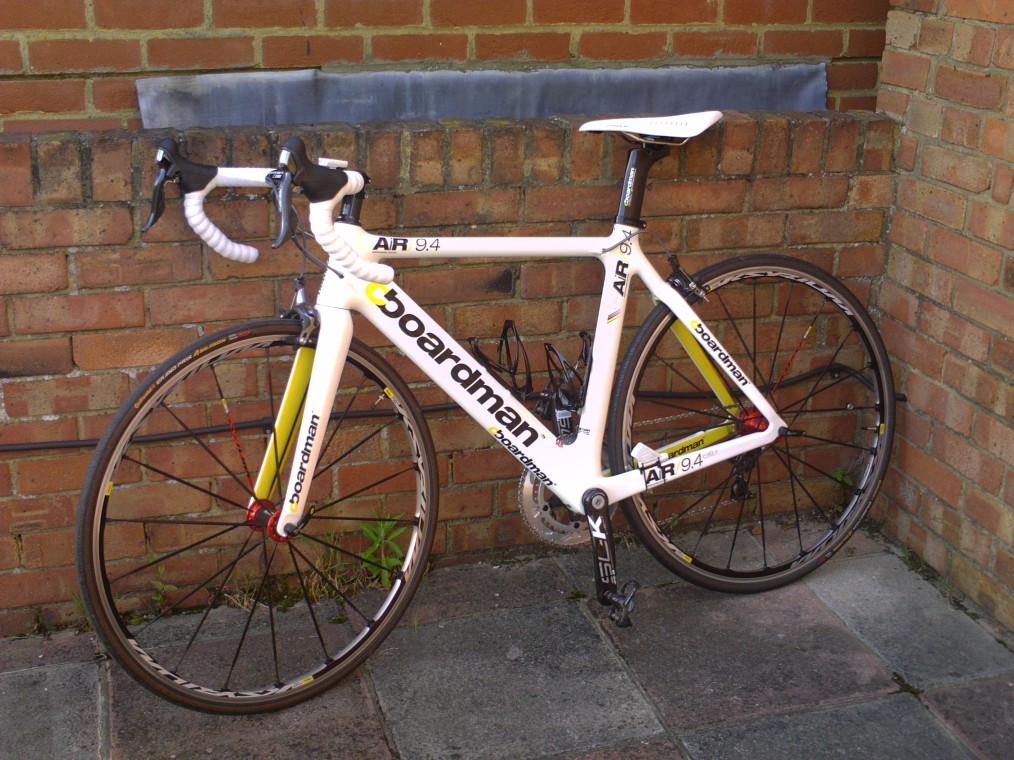 I was keen to ride it, but having trained so hard and for so long while away and then having had a long haul flight, I knew I had to rest for a couple of days, so it would have to wait until the weekend for my first ride of it.

Two days at work and then a long weekend. After a day of chores Saturday, I trained late afternoon but with the weather so bad I decided to hit the pool and make up for some of the missed swim sessions while away. Was good to knock out a good swim session, albeit in the pool.

Sunday – raining again, so went to the gym and did a 60 min treadmill run – all nice and easy, broke in a new pair of trainers I bought while away. I went back to Asics Gel Nimbus trainers, the 13’s (previously I have worn 11’s and 12’s) and these were just as comfortable. I still like my New Balance’s but they are not as comfortable on the longer distances. I guess as they are lighter so they have less cushioning. So they will be my shorter distance trainers – 5K’s and sprint events.

I went straight home from the gym (no shower) and hit the turbo and knocked out a 90 min session with 15 mins of effort after the first hour being easy.

Monday – guess what – raining again! Will I ever use this new toy of mine? I waited until the afternoon before deciding a ride was not on the cards and I went back to the gym and did an 8K run (treadmill) and then straight into a 50 minute swim session mainly swim drills.

Then today (Tuesday) was overcast but I jumped on the new bike and went for a 84K ride – was slow and easy as I went with my brother, no more than an 80% of max HR ride. But the Boardman was brilliant – it was such a nice ride. Very responsive when you turn the legs over. Bit twitchy at the front, which is not a criticism of the bike, more just something to get used to. A good end to four days training. Two swims, two runs, a turbo and a long bike ride – not bad if I say so myself.

Got the rest of this week, and next week and then I have a SRS Events bike ride. 104K ride to blow out the cobwebs and the week after is the big one. My first half ironman. I have also booked a sprint distance race two weeks after in Bournemouth. Bit of a way to go but it’s a nice ride and a lovely 5K run to end along the sea front. I was toying with the Olympic distance rather than the Sprint, but I have no idea what my legs and recovery will be like after the half so the Sprint is the safer option.

It’s early in the season to start to do too many long(er) distance races.

I don’t want to tempt fate …..but it seems to be coming together.